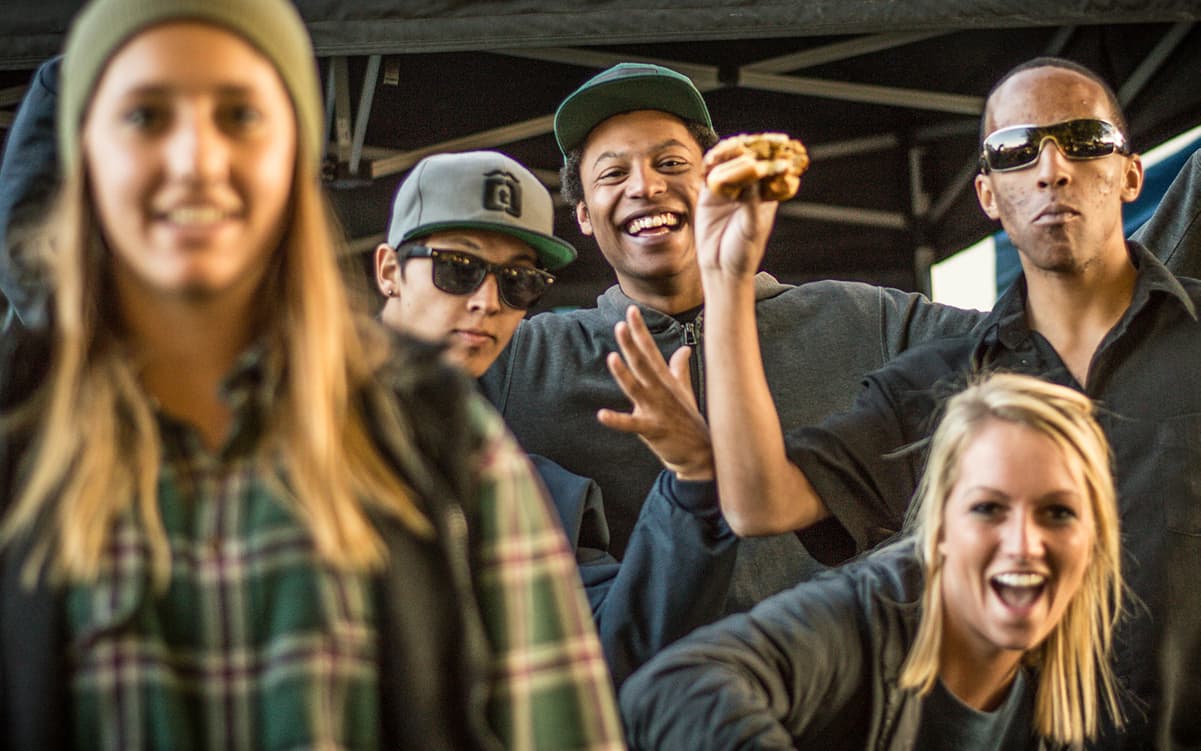 Second in our three-part blog series on “New Ways to SFC” is the tried and true method that so many are familiar with: SFC Groups. You may be thinking, “wait…I thought they were called Chapters?!” And yes, they were! But we’ve decided to rename them, and for good reason (we promise).

Through the last year, we’ve been working on various systems and processes to keep SFC operating smoothly, and in that process, we’ve run into a difference in verbiage when it comes to this SFC Expression. In the U.S., three or more people “doing SFC” in an area have previously been called a Chapter, but in Europe, this same team has been called a Group. Realizing we needed one simple and straightforward way of identifying these expressions, we decided to combine them under the word Group. We feel this word cross-culturally captures the main essence: A group of skiers and snowboarders on mission.

SFC Groups exist when three or more people join together to reach their ski town with the love and grace of Jesus. Over the years, we’ve found that this way of doing SFC is incredibly effective simply because we’re better together. There’s natural momentum that comes when a few believers with a united heart start praying and dreaming together about how to minister in an area. One person’s idea becomes another’s confirmation of a calling, which becomes a plan to eventually hand out cookies to lifties or start a weekly bible study. So. much. good. comes when we commit to living out what God’s called us to in the context of community. We’ve seen it happen all over the world.

You might be that first person with an idea right now. Or you’re feeling the call to do something but don’t quite have a specific direction for what that “something” is. You may also have a few friends you like to ski/ride with and you’re all believers with a heart for Jesus and this culture! If this is sounding like you, we want to equip and encourage you to JUMP OUT and see what opportunities God has already placed in your midst. Sometimes a yes and a step in faith is all God is asking for to start an awakening in your area!

There are a few benefits and considerations to becoming an SFC Group. The biggest benefit, and you may have heard us say this before, is that by officially joining SFC as a Group, you get access to a global network of snowboarders and skiers who have felt a call to minister in this culture just like you. This is invaluable. This is how you stay in the game, stay encouraged, and stay awake to the things of God: by seeing what He’s doing through so many others around the world.

In addition to this, you’ll get personal mentorship from a Regional or National Director. You’ll be able to raise money for your Group and host public events while we take care of all the legal and administrative rigamarole related to that. You’ll get training materials for discipleship specifically in the shred culture, and you’ll be the first to know about our conferences and gatherings.

There are a few things we ask of anyone forming or joining an SFC Group. First, we require that all Groups begin with at least three people committed to leading and serving together in an area. If you don’t have three people yet, we can help you begin to cast vision so others can join! After you have your leadership team, the most important thing we ask is that you regularly attend and engage with a local church. Pouring yourself into serving a community is wonderful and in order to do that in a healthy way, you need to be part of a local church. A complete list of the benefits and requirements can be found here, but these are the most important!

Now that we’ve had this little DTR, are you ready to make it official? If this sounds like something God could be inviting you into, click the button below and fill out the contact form. This is the first step toward ministering as a Group with SFC!

Until then, keep shining.

More About Groups
Back to Blog