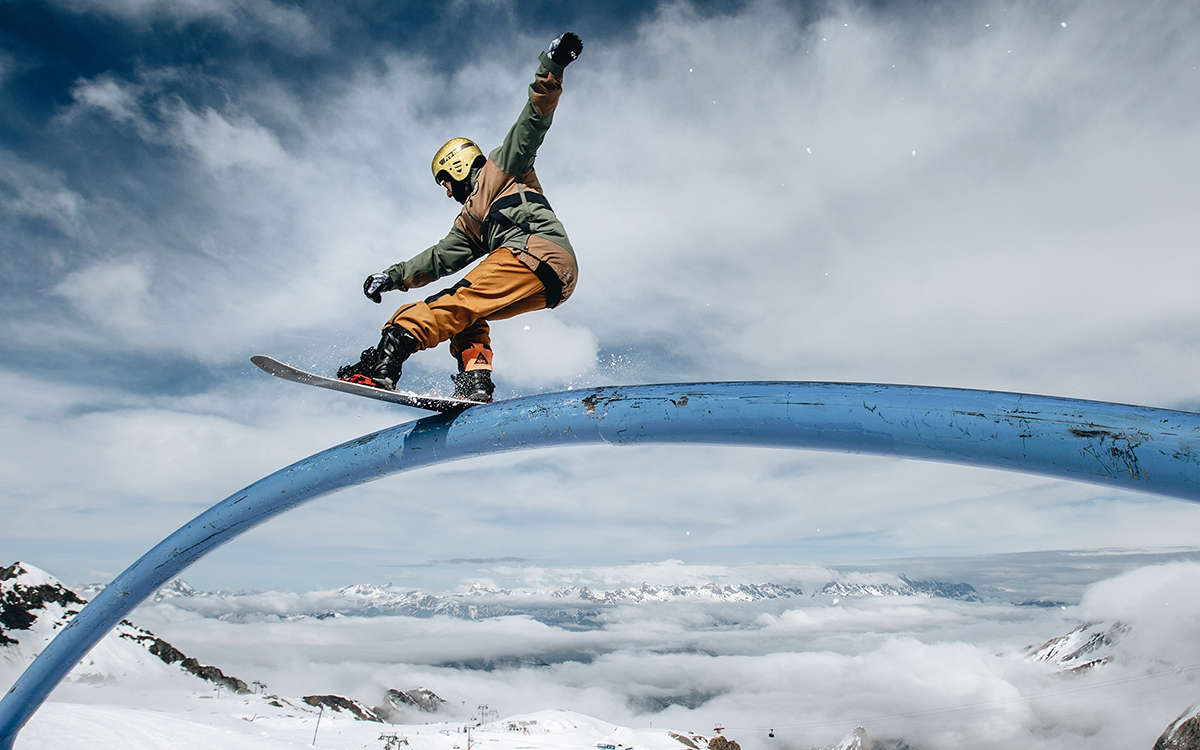 “But do not be conformed to the ways of the world, but be transformed by the renewing of your mind.” Romans 12:2a

Many times in my shred-life, I’ve fallen into the trap of “wanting to be different.” Have you ever felt that? In our culture of individualism, I’m sure you’ve at least dabbled with the struggle if you haven’t been completely consumed by it at times like the majority of us.

Being different has become a trend in today’s world, specifically in our ski and snowboard context. It’s cool to be not cool. It’s in to be out. If it’s cool to be different, is the uncool thing to be the same as everyone else? Wait, but isn’t everyone else trying to be different?! Then who is the same? It’s all very confusing. Our culture has pushed the envelope so far on this idea that if you’re NOT expressing yourself with everything you do (your fashion choices, your latte art, your haircut, the color of your earbuds, the sticker placement on your skis, etc.) then you’re somehow missing the mark. You’re somehow less. You’re someone that’s out of touch. If you’re not blasting everyone with your customized agenda of self-expression, then there’s something wrong with you. Wow. What a world.

I snowboard. I learned as a young, competitive guy and got pretty good. I say this not from a place of arrogance but from the realization that while some of my friends were building more-lucrative careers for themselves, I wasted decades on teaching myself variations of stunts-on-a-kids-toy. I also became a Christian somewhere in there, and as I got sponsored and familiarized with the industry and the culture it created, I also grew in my faith. I knew the two lifestyles didn’t exactly mesh, and I wrestled with how to keep my faith first and at the same time maintain some sort of foothold within the culture.

I tried taking my riding really seriously and competing on a high-level. That failed, because it went to my head. I tried pretending like I wasn’t any good and that it didn’t really matter. That failed, because people recognized my talents but were turned off by my false humility and poo-poo-ing of my own riding. I tried making fun of the culture and dressing/riding like a kook as a sort of personal statement against the culture’s shallow values system. That only kind of failed, because I knew I should look different than the culture, but I was only trying to be different from the culture out of spite, and my difference came across as more grumpy than genuine.

After years of failing, I discovered a weird tension that I still live in; I love the culture. I love the adventurous nature and the wild types of people it often attracts. I love the sport, learning new variations of old tricks, the fresh air; I really do enjoy being around it all. The hype is still attractive to me, because now I’m entertained by it and not tempted to have my identity be sucked into it. So while I enjoy the culture, I refuse to fall back into the competitive-to-prove-myself mindset, the I’m-only-as-good-as-my-best-trick mindset, the twisted identity that comes from which crew I’m in with, my local status, the pride for how many days I’ve had this season, the arrogance over who gives me what, which products I use or which athletes I’m on a level with.

Romans 12:2 says, “But do not be conformed to the ways of the world, but be transformed by the renewing of your mind.”

When we allow our minds to be conformed to the input we get from Jesus, it begins to change the output of our lives. We start to look different. We become holy (as in “unique” and “set-apart” not necessarily as in “perfect” or “self-righteous”). Jesus living in us makes us different. We stand out just like He did. And the world takes notice when we think and act and treat people like Jesus would.