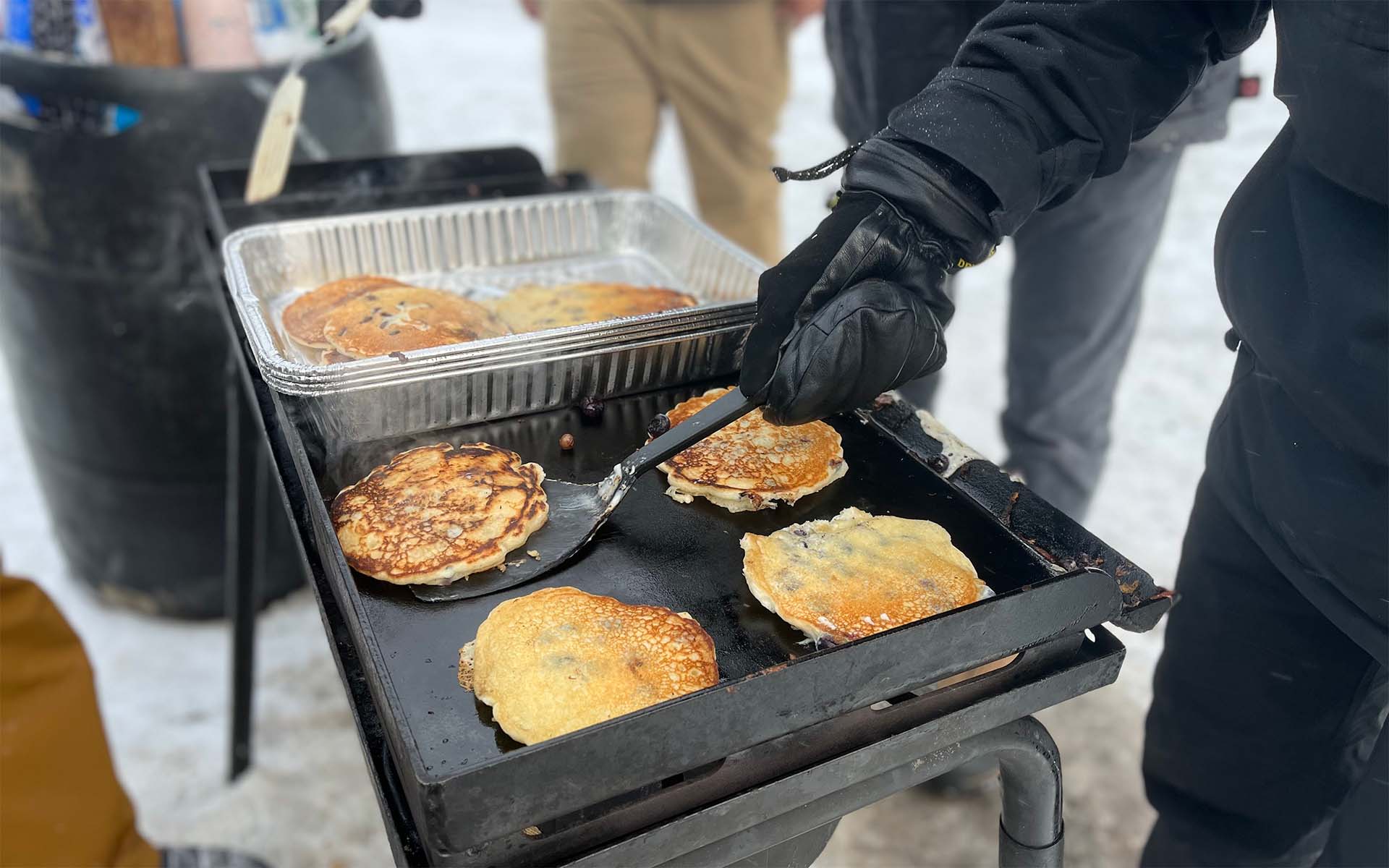 Ryan Borunda first met the SFC Summit crew when Josh Stock ripped through the park one Sunday with Jesus Cookies in tow. Every Sunday through the season, Josh and the local Copper Church/SFC Summit crew hand out cookies to Copper employees on the hill to simply say thanks for keeping the mountain running. Ryan soon reached out and started attending Dinner & Discussion, the Monday night bible study held for Copper employees. After only a short while, Ryan was a staple in the community!

This season, Ryan transitioned to Loveland Ski Area (with a promotion!) and started dreaming about what it would be like to start SFC there locally. At the start of the season, he became an official SFC Individual at Loveland and plans to minister began.

Last week, after weeks of preparation and all the necessary thumbs up from Loveland’s management, Ryan, with the help of the SFC Summit crew, held the first SFC Loveland outreach! A group of six showed up at 6:30am in the parking lot and began making pancakes for employees as they walked into work. Many employees asked, “Why are you guys doing this?!” and Ryan boldly shared that he was a part of Snowboarders and Skiers for Christ and just wanted to say thanks for keeping the mountain running, the same appreciation he received as an employee at Copper.

At Dinner & Discussion that night, everyone who helped with the pancake outreach shared what a success it was and how it felt like they made a real positive impression on the employees there. In the room was a girl named Morgan Cranfill, a patroller at Ski Cooper, a small resort about 30 minutes from Copper. “Wait, can I do that at Cooper? I know exactly who I’d need to talk to for it to be approved…” Of course, everyone erupted in encouragement and excitement. “We’d just need to figure out a way to get that grill again…” Josh said. A flat-top grill had been borrowed from the local boy scout troop in order to make the SFC Loveland outreach happen.

A few days later, someone at Dinner & Discussion donated the money for Josh to purchase a brand new flat-top grill for SFC Summit, SFC Loveland, and now SFC Cooper to use for future outreach!

What started as handing out cookies to employees at Copper has multiplied into a community of people living on mission at resorts across Summit County, reaching out to their co-workers and friends with the simple and powerful love of Jesus.

We pray this story encourages you that even the smallest, most seemingly insignificant act of love and appreciation can blossom into a community-wide impact. The work you do matters, no matter how grand or simple the gesture.

Therefore, my dear brothers and sisters, stand firm. Let nothing move you. Always give yourselves fully to the work of the Lord, because you know that your labor in the Lord is not in vain. (1 Corinthians 15:58)